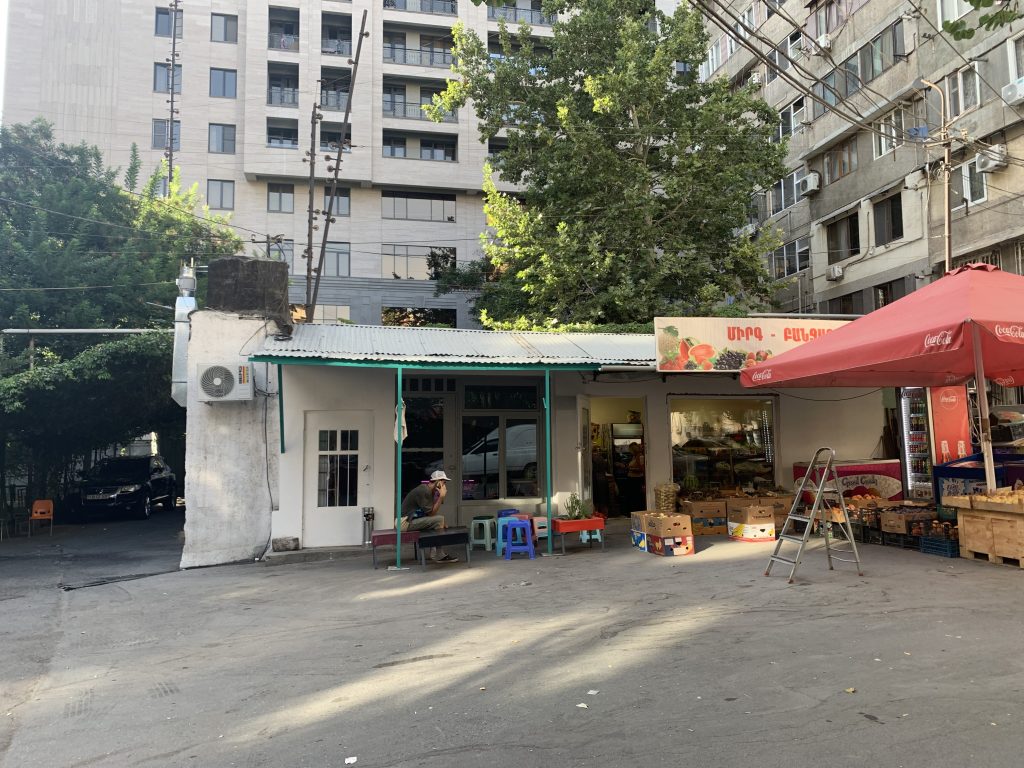 For Ilya Devedzhian, one of the three founders of 2022 Place, vegan cafes and Yerevan are nothing new. Originally from Kalingraad, Ilya is of Armenian descent on his grandfather’s side and has traveled to Armenia a few times. In Moscow, where he lived for the last 10 years, he co-owns two successful vegan businesses in the city: MOX, and KOM, a pizzeria. He also produced tempeh and kombucha.

While he’s been to Armenia before, his last visit had an all together different theme—necessity. After the war waged by Russia, Ilya and his girlfriend made the decision to move to Armenia in the early spring of 2022. After successfully organizing some vegan picnics and popups, he, along with co-founders Marika and Karlen, tried their hand at opening a vegan cafe in Yerevan.

That’s how 2022 Place—aptly named after the year of its actualization—came to be. A vegan cafe and bar nestled just behind the popular Mashtots street, it offers everything from traditional Armenian food, fusions, imported beer from Russia, and of course, coffee. I found out about the cafe after being tagged in one of their Instagram posts regarding their soft opening. The trio had secured a shipment of 50 vegan hotdogs and would inaugurate their space offering them on a “first come, first serve” basis. Immediately intrigued by the unassuming nature of the spot, I set my sights on it, and finally visited with a few friends.

Located in the middle of two fruit shops, 2022 Place is genuinely a hidden gem to seek out. There is a small seating area both inside and outside the cafe, and by the end of the evening, the majority of patrons were standing and chatting outside, enjoying the imported beers and local cider on tap. 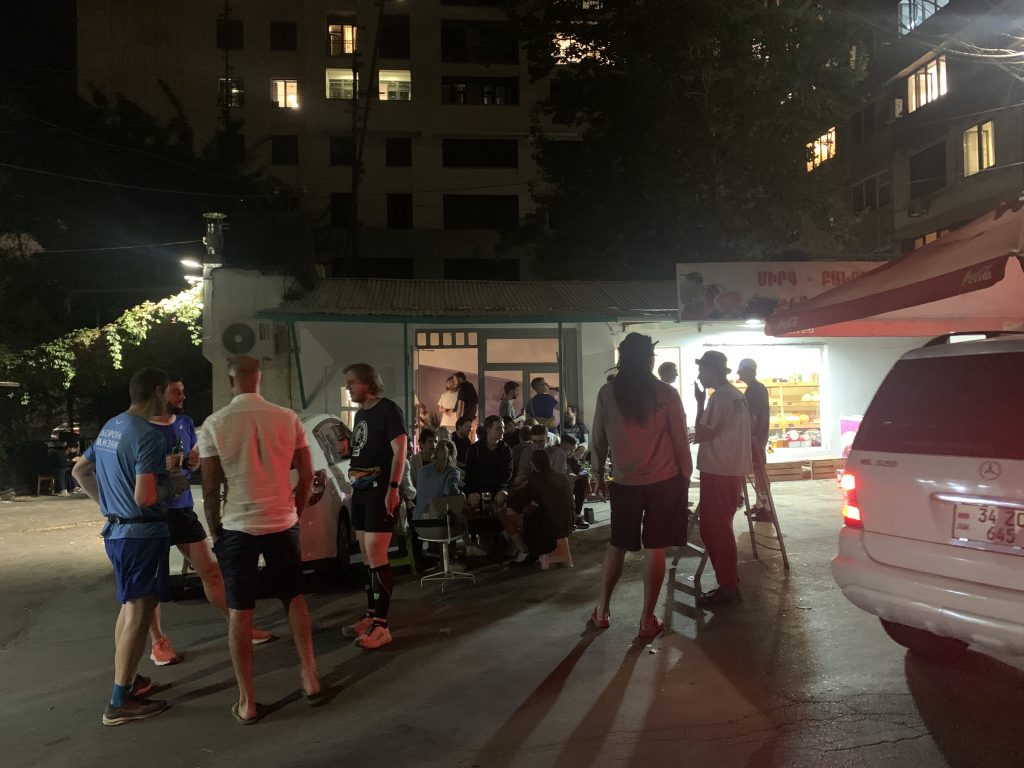 Ilya said one the trio’s main goals behind the space was to integrate into Armenian society, and include Armenian elements in their dishes. He already has his favourite traditional plant-based Armenian dishes, including basoots tolma, jingalov hats, and anything with sorrel. One quick glance at the menu (which is seasonal) and you’ll quickly see some of the local inspiration in the dishes and ingredients: tolma, sorrel, apricot- and fig-based sauces, and more. However, the menu is best described as a fusion and combines many different inspirations and cuisines.

We started with local cider and an imported cucumber beer, the latter of which was a delightful surprise and quite unique. We shared the loaded vegan hot dog and the onigirazu wrap #1 (a hard decision to make between the two options!). While vegan hot dogs tend to really be hit or miss, I was so pleasantly surprised by how flavourful this one was—and really appreciated all of the ‘extras’ that came with it. The coffee ketchup and fig mustard really took it beyond a regular vegan hot dog. An added bonus? The delicious bun that my friend kept raving on about was baked in house.

Next, the onigirazu #1, a seaweed wrap coated in tempura. Unlike the vegan hot dog, I had no expectations with this one. It’s a dish that you almost need to take a moment to understand all of the various components within it and come to your senses. The medley of different flavours such as unagi eggplant, pickles, cauliflower couscous, cashew aioli with walnut and cilantro worked so well together, but each individual ingredient also stood out, so you could attribute each taste to its origin. There was also a great texture balance of crunchy and creamy. It was probably one of the most unique things I’ve enjoyed in a while, and cannot recommend trying it enough. I’m already looking forward to trying the #2 as well, which features one of my favourite greens, sorrel. I was not surprised at all when I learned both dishes were some of the cafe’s most popular.

Ilya says the menu is a collaborative one, centering around seasonal products and ingredients. They source their tofu from a local farm in Armenia and collaborate with some vegan-friendly shops for other not-so-common ingredients. When I asked if it was easier to procure ingredients needed in Russia or Armenia, I was surprised to learn Armenia was the easier one. Ilya attributes that to the abundance of greens and herbs readily available in Armenia, saying he can find everything they need here easily—including nettle, a favourite. The only product that leaves the team nostalgic is tempeh—fermented tofu, especially as they were one of the first people to make it in Moscow, but Ilya says they will most likely begin making it themselves as well.

If I had to take a guess at who their general clientele was in the few hours I was there, it would be easy to say Russian expats. Ilya says right now it’s about 95% Russians, and 5% local, with the imported beer serving as a major gravitational pull for those who have moved to Armenia and crave some familiarity from back home. He loves the spot, and he and his team did all the renovations themselves. Being on good terms with the neighbourhood and surrounding businesses is a priority for the team, and they are happy when the neighbours drop by for coffee. They also close at 10PM despite offering alcoholic beverages, to avoid creating too much noise for the otherwise quiet neighbourhood.

What’s next for the 2022 Place team? Ilya let me know they are working on a collaboration with a local pizza spot, and will offer pizzas soon as well. In addition to future plans surrounding house-made tempeh, kombucha, and kimchi, there are also plans to put his cider press to good use and make it for the cafe as well.

2022 Place can be found at 15 Mashtots Avenue, Yerevan, Armenia.